Don't Drink Too Much of the Plant Based Milks 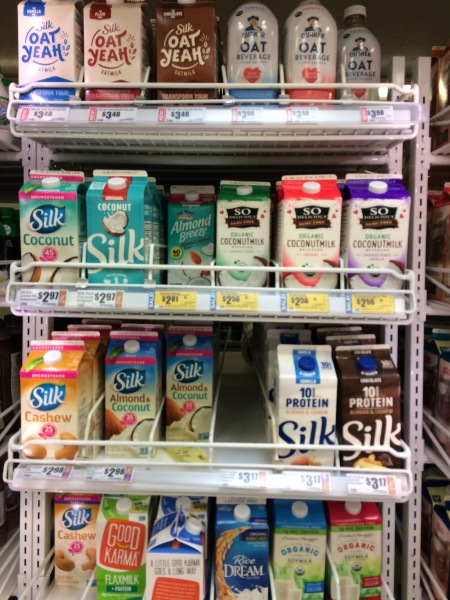 Plant based milks offer an alternative to dairy for those who don’t tolerate or choose to drink dairy milk. Choose the sugar free versions with as few additives as possible.

When consumerlab.com looked at plant based milks they found most products contain the nutrients they claim and are relatively free from lead, arsenic and cadmium contamination (heavy metals).

Another concern is that many of the calcium fortified plant based milks also contain phosphate additives. Calcium phosphate combinations are often the source of added calcium. While adequate phosphorus is important for healthy bones, excess phosphate/phosphorus from additives, which are rapidly absorbed, is a concern for our bones and high intakes of phosphate additives should be avoided. Of the plant milks consumerlab.com evaluated they found Oatley milks to have the highest phosphorus content so those wouldn’t be my first choice. Silk® soy milk uses calcium carbonate to fortify their soy milk and doesn’t appear to contain any phosphate additives. There may be others I’m not aware of. Note – companies can change their formulations so always double check the labels.

You can buy plant based milks that are not calcium fortified but they aren’t easy to find. If you get plenty of calcium from your diet and don’t need the fortified plant milks but still want to drink plant based milks then get one without added calcium. Three trees make several different nut milks without added calcium or other additives. There may be other products I’m not familiar with.