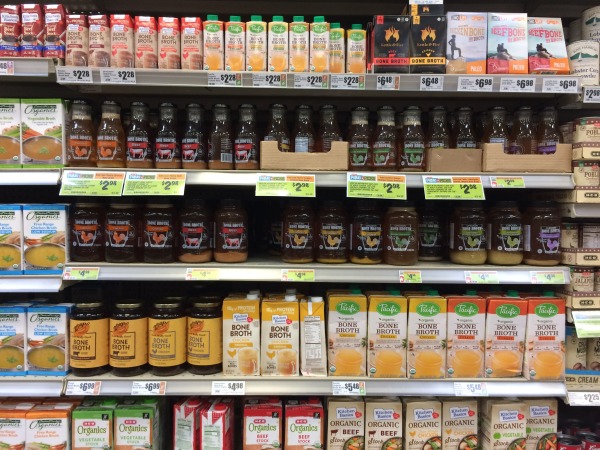 Based on a recent review of bone broths by ConsumerLab.com®, I decided it was time to publish an update on my June 2017 blog on bone broth, Is Bone Broth a good source of Calcium.

There is little research on the benefits of bone broth products but some studies do suggest possible benefits from collagen supplementation. Whether this research extrapolates to bone broths is unknown as there are numerous forms of collagen. Collagen hydrolysate, also known as enzymatically hydrolyzed collagen or collagen peptide, is one of the most commonly studied forms and may be absorbed better according to some animal studies. It is hard to know if the broths even contain the same types of collagen found to be beneficial in the research, as not all bone broths indicate the type collagen present.

Here is a summary of what Consumerlab.com® found.